A quick reminder for anyone who might be interested in this conference.
It has a good range of speakers and topics – and they have even enticed our old friend George Currie to speak about his work in Scotland.

The conference details and programme can be found at BRAG 2014

A winter get away? – Covas Rubias

I know we are all getting older, but when i got an email from SAGA, i did think?
Luckily this was from Miguel Losada of the Sociedade Antropoloxica Galega (the Galician Anthropological Society) with a link to a video about the Covas Rubias rock art site. This is a hill top site located to the north of Verin in the northwest Iberian penisula.  It is well worth a look (and the images on the associated face book page) as the carvings seem so familiar, it would not look out of place here in the UK – except the weather is better in Galicia!

The large number of carved rocks revealed by a fire on the Fylingdales Moor (near Robinhoods Bay) in 2003 was ‘big news’ at the time. However 10 years later the carvings have mostly merged back into the landscape as grass and heather have re-covered the moors.

A recent visit to the area provided an opportunity to check up on a few ‘old friends’ on the moor, but en-route some eroded cup marks on another rock caught my attention, as i knew there were no carvings listed for that location. A closer inspection revealed 5 or 6 cup marks on top of the boulder and 2 vertical grooves on its east side.
Deciding it was worth a photograph, i trimmed back the vegetation, however the side with the channels remained covered. Pulling back a clump of the heather revealed a piece of white flint at the base of the rock, just in front of the channels. This stopped me in my tracks – might this be a flint tool? Perhaps even one used in connection with the carvings?
I could only see the top part of the flint, but this was something of a dilemma – should i leave it in place and report it to the relevant authorities or should i remove it for ‘safe keeping’? After some pondering, i photographed the flint in situ and then lifted it out of the soil.

Potentially this was an important discovery and i did not want to risk it being ‘pocketed’ by a curious passer-by (… a slim chance perhaps, but stranger things have happened on these moors, – a story for another time perhaps). Lifting the flint confirmed that it was indeed a worked piece with a cutting edge and a pointed end. The discovery has been reported to the National Park archaeologist and the flint is to have an experts eye cast over it.

The pointed end of the tool has been worked, so it is possible that it had been used to ‘peck’ the carvings, but just as easily the tool could have been used to cut something on the boulder or even simply dropped there by accident.

In its favour, the flint did ‘look’ like it had been left there intentionally – the pointed end being pushed into the earth. It was very close (almost touching) the base of the rock and it was also in front of the carved grooves on that face of the rock. Raising the possibility that the flint was left there on purpose as part of some activity taking place at this carved rock.

This might sound like pure speculation, but a similar situation has been noted at some Scandinavian sites, where worked flints were deposited at the base of carved rocks. Closer to home, flints have been found on several carved rocks in Scotland, for example
http://megalithix.wordpress.com/2011/06/26/corrycharmaig-3/)
While pieces of quartz have also been found deposited in the crevices at other Scottish sites and a similar explanation has also been suggested for the occurrence of worked flint in small ‘clearance’ type cairns.

So there we have it, quite interesting, quite exciting, and perhaps another piece in the jigsaw?

The rock art blog has been pretty much dormant over the last year or so and in a way this is understandable. Most people will be aware that the Rock Art Blog was setup by Jan Brouwer, but sadly Jan is no longer with us and his presence in this area is greatly missed.
However just because the blog is quiet does not mean people are no longer interested – just that things have changed.

As a more permanent tribute to Jan’s work, we are trying to rebuild the ‘Lost’ British Rock Art Collection (BRAC) gallery and put it back on line – quite a task as it contained over 18,000 images, covering 1200 rock art sites.

The opportunity arose in early 2013 to retrieve the BRAC images from the old Fotopic servers, so these were quickly rescued. Unfortunately the actual BRAC website no longer existed and the process of putting a new one together is taking time. At some point It might be possible to link or merge the blog into the new BRAC site.
So in the words of the man himself – ‘Keep on rocking’.

Going Back To My Grass Roots…..Townhead

My first trip out had to be back to Townhead, the place i call my rock art home. It is near Kirkcudbright my favourit part of Galloway. The one main field at Townhead has probably the most varied number and styles of carvings anywhere in the UK. I cannot think of another small area or single field that had so many carvings that are so different and unique to each other.

The one main panel that has always been exposed was to be my target for today. After leaving home just before 3am to catch a sunrise photographing the wickerman in his union jack boxer shorts…(look on flickr or facebook), i then turned my attention to Townhead. Some may think i am strange, but walking through a special field full of rock art at 6am is pretty special, the only company being a deer, a few sheep, some rabbits and the cold wind blowing.

Once i had finished taking my shots, i took a walk around the rest of the field taking me back to those years when Suzanne and I would spend weekend after weekend lifting turf, photographing, and documenting those precious carvings and realising how much work and effort we put in. As i walked around the field i knew where all the panels were, but realised if i wanted to go to the exact position of a few of the carvings even i would be pushed locating them straight away. We did a good job at covering them up, hopefully that should protect them for the next generation, i am not sure i will be lifting turf again at Townhead, those carvings are best left under the turf for safety.

A big thankyou to those who attended the 2012 RAM and we hope you have all recovered from a rather windy day out in Northumberland!

As a reminder of the day, we have put together a short rock art trail around Old Bewick. This was the route we originally planned to take for the RAM, before we opted for the ‘high level’ route from the north – which proved very tough going – but did locate a new cupmarked stone on the way.  The trail takes in the main carved rocks and then leads on to Blawearie and the new cup and ring carving recently created to commemorate Jan Brouwer.

The map and description of the trail can be downloaded in pdf format and It’s hoped it will be of use for those thinking of visiting the Old Bewick rock carvings and also as another way to remember Jan Brouwer’s contribution to the British rock art scene.

Thanks for a good day everyone. More to follow…

that Mr Kerr and Mr Hob are turning their lenses back onto rock art again. Not before time lads!
http://www.flickr.com/photos/rockartwolfy/6947183011/ 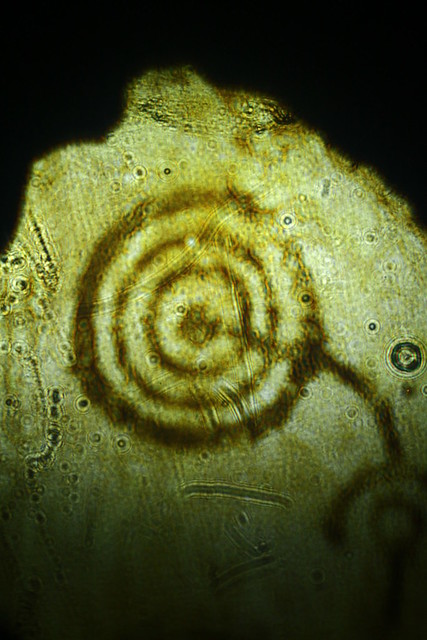